Let us create a few structures suitable for graphics. The basic object is a point, which we will assume has an x coordinate and a y coordinate, both integers. 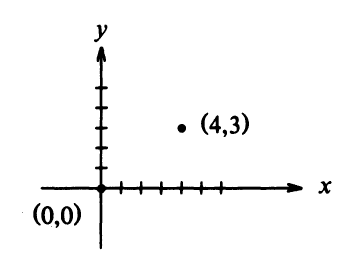 The two components can be placed in a structure declared like this:

The keyword struct introduces a structure declaration, which is a list of declarations enclosed in braces. An optional name called a structure tag may follow the word struct (as with point here). The tag names this kind of structure, and can be used subsequently as a shorthand for the part of the declaration in braces.

The variables named in a structure are called members. A structure member or tag and an ordinary (i.e., non-member) variable can have the same name without conflict, since they can always be distinguished by context. Furthermore, the same member names may occur in different structures, although as a matter of style one would normally use the same names only for closely related objects.

A struct declaration defines a type. The right brace that terminates the list of members may be followed by a list of variables, just as for any basic type. That is,

is syntactically analogous to

in the sense that each statement declares x, y and z to be variables of the named type and causes space to be set aside for them. A structure declaration that is not followed by a list of variables reserves no storage; it merely describes a template or the shape of a structure. If the declaration is tagged, however, the tag can be used later in definitions of instances of the structure. For example, given the declaration of point above,

defines a variable pt which is a structure of type struct point. A structure can be initialized by following its definition with a list of initializers, each a constant expression, for the members:

An automatic structure may also be initialized by assignment or by calling a function that returns a structure of the right type.

The structure member operator “ . ” connects the structure name and the member name. To print the coordinates of the point pt, for instance,

or to compute the distance from the origin (0,0) to pt,

Structures can be nested. One representation of a rectangle is a pair of points that denote the diagonally opposite corners: 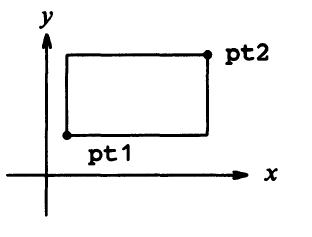 The rect structure contains two point structures. If we declare screen as

refers to the x coordinate of the pt1 member of screen.